Skip to content
News :
Don't miss the deadline for the SONGBIRD SPECIAL! 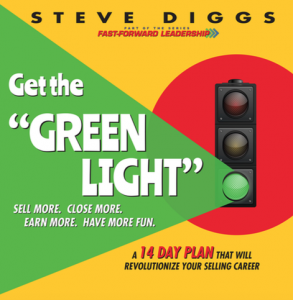 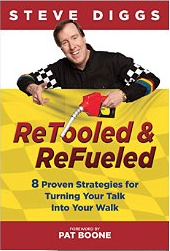 re are the 2 things that make Steve Diggs unique…

1. Unlike many speakers…Steve has actually done what he speaks about! He has spent over 3 decades in the trenches leading, teaching and doing. A serial entrepreneur, he’s the founder of seven successful, sales-driven companies…including a wildly successful Nashville advertising agency and broadcast production company. Additionally, he’s been a popular college teacher and television personality.

2. At age 27, Steve was diagnosed with significant heart disease…then in his 30’s, he underwent 5 heart bypasses…and was given only one to two years to live. Thankfully, God had other plans. That was over 25 years ago. In 2000, he sold his businesses with a mission to go from success to significance…and share what he’s learning. Today, Steve takes five-mile runs, routinely flies over 100,000 miles annually, and speaks to audiences about 120 times each year.

Steve delivers what he calls The 5 E’s: Educate, Entertain, Enrich, Encourage, and Enthuse™ as he helps his audiences get beyond the noise, so they can enjoy the symphony of their lives.

Today, STEVE DIGGS (CSP) is the founder of The Fast-Forward Leadership Platform™. He has shared his insights over 3,500 times on 6 continents, written 11 books, and hosted 7 radio & television shows.

At the Suppliers Lunch, Steve will be presenting on his years as a record producer and business owner. As you may know, Steve has a long history in the entertainment business. He’s hosted a number of radio and TV shows including his weekly oldies anthology show, Coast to Coast Gold w/ SteveDiggs™. Each week the early stars of rock joined Steve as they went on a memory journey with the audience.

In his twenties, Steve signed contract with DOT Records, then one of America’s biggest labels and appeared on stage and screen. By the 1980s he owned a Nashville record label of his own and an ASCAP music publishing company. In these capacities, Steve met and worked with some of the biggest stars in the music business.